“In recent years it has become evident that the consensus upholding this system is facing increasing pressures, from within and from without… It’s imperative that we act urgently to defend the liberal international order.” — President-Elect Joe Biden in 2017. 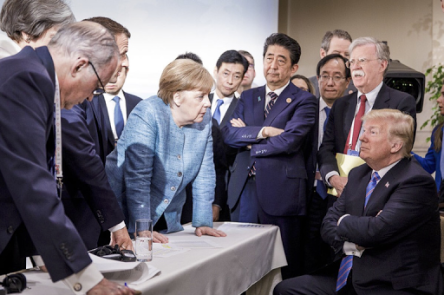 The Liberal World Order is one of the most used phrases in international relations scholarship. It’s a repetitive term, but a significant one, considering the fact that it affects everyone around the world. The United States began the Liberal International Order with the end of World War II and the defeat of the Nazis. With Franklin Roosevelt’s vision, the Western superpower set up international institutions and created long sustaining alliances for a greater multilateral and tolerant global society. Without the liberal world order and brilliant American leadership in the likes of Roosevelt, Eisenhower, Kennedy, and Reagan, New Zealand and other allied nations would have not been able to thrive during the Cold War period. Regional and international institutions such as GATT, WTO, IMF, the World Bank, European Union, and NATO provided security and economic cooperation among allied nation-states.

And yet, there are a lot of people in New Zealand that criticise America for its role as the leader of the world. In fact, many of them want to see its role reduced substantially. I agree with that statement somewhat, I’ve been very critical of their nonsensically hawkish interference in the Middle East, its naive attempts at forcefully spreading liberal democracy around the world. Its eastward expansion of NATO and the EU was also a great mistake that resulted in the military retaliation of the Russians. America’s neoconservatives and liberal hawks that were fundamentalist on the ‘end of history’ ultimately created all this mayhem.

However, if they mean America’s leadership getting entirely compromised and allowing authoritarian governments to enter that space – such as Communist China – then my answer is an absolute ‘no’. As President-Elect Biden noted, “it’s imperative that we act urgently to defend the liberal international order”. The Thucydides’ Trap is incoming at this stage in history and the US-China geopolitical contest will be the defining historical turning point for global liberal democracy. As John Mearsheimer noted before, this security competition will continue even under the Biden Administration and beyond.

So what is the point of this post? My message to New Zealanders in this blog is simple, America matters for the western world and in fact democracy itself. They have to win, and it is imperative that they do. I say this, despite knowing America’s complicated history.

In many ways, America is somewhat a hypocritical concept – it started as the first constitutional republic against the British monarchy. It set out laws for equal opportunity…but for only white men, and simultaneously set out a brilliant Federal system of power by instituting checks and balances. Constitutional amendments were made for free speech and inquiry… but also allowed slavery. It also intervened in smaller nations and participated as a colonial power during the Imperial era. Then slavery was banned under Abraham Lincoln, and racial equality was not legally achieved until the 1960s, under Lyndon Johnson’s Civil Rights Act and Voting Rights Act… and also escalated the Vietnam War. They defeated the Soviets and ended Communist authoritarianism with the Berlin Wall falling. The American Pentagon stupidly intervened in Iraq and Afghanistan after 9/11. Then elected the first African American President, Barack Obama (whom I personally admire). Then the recent events that happened in Washington is another example of historical irony at work. It is clear that President Trump and his cronies led the world to a more chaotic, less democratic and hyper-partisan society. America as the beacon of freedom or just arrogance? In short, both. The American experiment is indeed full of both hypocrisies and social progress. Even today, many social science scholars such as Cornel West suggest that the nation has not lived up to its ideals, for instance, the inadequacy of equal opportunity for all. These are all empirically and historically accurate.

However, what separates America in contrast to other countries around the world is that it’s the first serious societal experiment in human history. The United States is like the ‘Republic City’ in the television cartoon, The Legend of Korra. The nation is defined entirely by civic values rather than on race, ethnicity, culture, background, or creed. You become American by embracing its liberal democratic values, its identity based on its historical strife against the British monarchy, its constitutional values, and individual liberty. It’s a nation created out of migration and a sociological result as a historical derivative of European enlightenment.

Diversity matters to many Americans, but what is unique is the tolerance towards others, the ability to fight for freedom around the world. Liberalism is the key symbol of America and that’s the beauty of it. As Francis Fukuyama mentioned in his column last year:

Liberalism was simply a pragmatic tool for resolving conflicts in diverse societies, one that sought to lower the temperature of politics by taking questions of final ends off the table and moving them into the sphere of private life. This remains one of its most important selling points today.

Indeed, liberalism allows for diversity. Other liberal democracies like New Zealand, Australia, the EU etc, need the United States for the sake of soft power. America as a symbol is still a liberal democracy with its political institutions stable. Even though there has been a rise of neopatrimonialism in their political process which has undermined the state to be held accountable to its people. Rent-seeking behaviour among some plutocrats has undermined Americans’ trust towards its politicians and state institutions. We witnessed such examples through the 2008 global financial crisis and the federal government’s response to Covid-19.

Historically the United States has been a success story so far, but it needs to sort its own domestic affairs out. We already have incoming challenges such as AI, automation, climate change and geopolitical tensions, that will cause more drastic disruption to the world. But those challenges cannot be solved if America’s civil society and political polarisation continues. The world needs America to be the genuine liberal captain it was when it led the liberal international order after WWII. As liberals, we have to preserve our values of freedom, justice, equality and liberal democracy in the face of rising China and revival of national populism. We cannot continue this trend of a global ‘democratic recession’.

As a liberal democrat – in the classical sense – I’m hoping that the new Biden Administration would bring some common sense back in the White House. The Electoral College just confirmed Joe Biden’s victory in the 2020 US Presidential election – He will be the next President. It’s a sigh of relief for many (including me) after President Trump’s tumultuous, chaotic, and unpredictable 4-year term. Although I criticised the Democrats in a previous post, that doesn’t mean I don’t want to Biden Administration to do well.

They have a huge task ahead. The Liberal World Order and America matter to all of us. 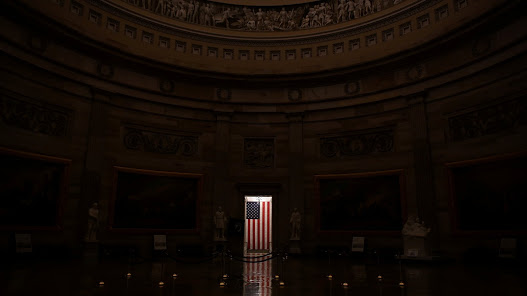 American actions are becoming a self-fulfilling prophecy towards direct conflict. The world is getting closer to falling for the Thucydides Trap. As foreign policy experts continue to reiterate the inevitabilities of a New Cold War, will conflict be the destiny of the two great powers?

Harvard’s Stephen Walt and Dani Rodrik offered a third alternative in their paper ‘Constructing A New World Order’. The aim is to set an international institutional framework that creates as much stability and cooperation as possible.

First, the authors reject the ‘deep integration’ goals of the liberal internationalists. Rejuvenating multilateralism and hyper-globalisation are well-intended policies. But it creates unintended consequences that undermine the economic stability of western liberal democracies. China would also be unwilling to further integrate into the global trading system from its state-led developmental model.

The goal is setting a pragmatic and realistic approach within the Sino-American relationship. The international system should allow the nation-states to set their own foreign and economic policies.

There are four categorisations of policies that fit within their institutional theory. There is Universal Agreement; Cooperative Negotiations; Autonomous Policy; and Multilateral Governance.

Indeed, Walt and Rodrik’s ‘Modus Vivendi’ international system is a pragmatic institutional mechanism. But, can Uncle Sam stay committed to mutually beneficial cooperation and reduce the risk of falling for the Thucydides Trap?

The Sino-American competition will shape the next few decades of the world order. As both powers strive to compete for power and international influence, the goal for the world is to keep the competition away from a hot war within bounds.

Institutionalising a set of rules on foreign and trade policies could help assuage great power politics. This could also incentivise foreign policymakers from both sides towards restraint as both a peaceful international order and continued globalisation is critical for small powers like New Zealand.

The leaders of the two great powers in the system are two egomaniacs. Their recklessness may make a third alternative for the international system as impossible. But let us hope for the best.

Two centuries ago, Napoleon Bonaparte called China a sleeping lion and advised to “let her sleep, for when she wakes, she will shake the world.” Bonaparte’s prophecies are relevant again today. The lion is now awake and she is becoming increasingly assertive.

Early in the Covid-19 crisis, there was a view that China would be weakened by it. Some even pondered the downfall of President Xi Jinping and the Chinese Communist Party. With the Hong Kong revolts, the death of Wuhan’s whistle-blower Dr Lee Wenliang, the looming global recession and economic confidence deteriorating within China, those predictions were not surprising.

But the coronavirus may just be a hiccup and Mr Xi’s government appears to have regained its domestic legitimacy. Instead of falling victim to the virus, the party could be deemed the victor in the international system. The losers seem to be the United States and the wider liberal international order. The balance of power has shifted in favour of China.

China covered up the origins of the virus to the World Health Organisation. As a result, Western countries such as the US, Spain, Italy and Germany have far more cases and deaths than China.

China is using the crisis to extend its geopolitical reach. In the last few weeks, it has sent additional masks and medical supplies to help the Italians and French. As President Xi pledges more support to Europe, he is using it to further legitimise his ambitious $1.4 trillion Belt and Road Initiative.

The virus has become useful for Beijing to add an element of soft power, which is necessary to become the so-called benevolent global force. By repairing the serious reputational damage caused to it by the pandemic, China is framing itself as a responsible power.

The United States led the international system since the end of the Second World War, but under President Donald Trump, its diplomatic efforts have changed tack and are now more nationally focused. China, by contrast, appears increasingly determined to fill that global leadership void.

Great power politics is still a ruthless business in the international system, and Covid-19 has resulted in a new phase of security competition between the US and China. Covid-19 unsettled the balance of power in a way few would have predicted just a few months ago.